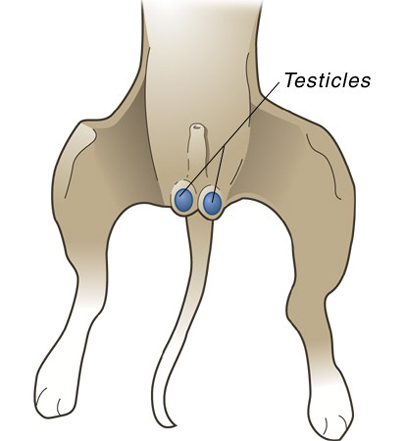 Should I have my dog neutered or spayed?

Neutering removes the sexual urge from both dogs and bitches. It can be carried out surgically when it is irreversible. Temporary or semi-permanent control can be affected by the use of certain drugs.

What are the advantages and disadvantages?

If you do not intend to breed from your dog it has undoubted advantages both in the male and the female. In the male dog neutering removes the sexual urge so that if the dog gets the scent of a bitch in oestrus he is unlikely to show any interest which in certain breeds can be an undoubted advantage. Spaying the bitch prevents oestrus as well as breeding. She will not come into heat and therefore will not have to be confined and deprived of her usual exercise and companionship which otherwise will occur usually twice a year when she is in heat (oestrus) for at least 3 weeks each time.

Owners are often tempted to have at least one litter from a bitch. There appears to be a general misconception that having a litter will improve temperament. There is no scientific evidence to support this theory whereas it has been proven that neutering in the bitch (especially before first season) not only obviously prevents subsequent and not uncommon diseases of the uterus but also reduces the possibility of breast cancer.

Once neutered the bitch will have no oestrus and will not have unwanted puppies or phantom pregnancies which in some bitches causes as lot of distress.

It is a common fallacy that a neutered dog will become fat and lazy. Remember that most working animals guide dogs and assistance dogs, are routinely neutered. Judicious feeding of a scientifically prepared complete diet without excessive snacks should adequately control any problems of obesity, just as it does in the entire animal. Remember also that the age of desexing usually corresponds to when a dog finishes actively growing so a reduction in the amount fed is usually necessary regardless of desexing. Sometimes weight gain blamed on neutering is simply the equivalent of “middle age spread”.

"Judicious feeding of a scientifically prepared complete diet without excessive snacks should adequately control any problems of obesity, just as it does in the entire animal."

Another common fallacy is that the neutered dog loses character. Admittedly neutering is often carried out, both in dogs and bitches, for certain behavioural abnormalities. Often dogs will become more gentle, but they lose neither their spirit nor their intelligence and provided they are not allowed to become obese are just as active as the entire counterpart.

Thus there are many advantages and few disadvantages to having your dog neutered.

Both dogs and bitches are usually neutered around 6 months of age although the operation can be carried out at any time. Your veterinarian will be more than happy to discuss the details with you.

© Copyright 2017 LifeLearn Inc. Used and/or modified with permission under license.