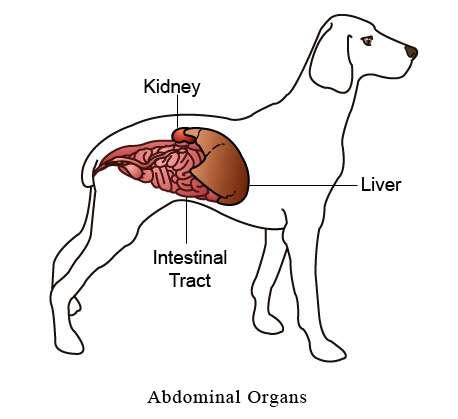 Diarrhoea and vomiting in our pets are common, non-specific signs and can be due to many different diseases and conditions. The causes of vomiting and diarrhoea are many and varied and it is only as a result of careful history taking combined with a thorough physical examination that pointers in the puzzle can be defined. Sometimes the cause is very obvious, e.g. the dog that has raided the garbage suddenly starts with vomiting and diarrhoea. Often the problem is dietary indiscretion. Similarly a puppy with diarrhoea containing worms obviously has a problem due to endoparasites. Unfortunately both with diarrhoea and with vomiting the underlying cause is often not that obvious.

Both vomiting and diarrhoea can be related to gastro-intestinal problems including inflammation, bacterial or viral infections, parasites, or ingested foreign material. Vomiting alone can, in addition, be due to a twisted or obstructed bowel or an internal blockage.

Diarrhoea without vomiting can be due to conditions such as maldigestion or the malabsorption of food.

In addition both vomiting and diarrhoea can be due to non-intestinal causes such as endocrine problems (e.g. diabetes and kidney disease) as well as intestinal upsets due to certain drugs and toxins.

Vomiting can be associated with systemic diseases such as chronic kidney failure, liver disease and pancreatitis.

How is the problem approached?

Some diseases are more common in certain species (i.e. dog or cats) or breeds, or within certain age groups (i.e. puppies and kittens) compared with adults and this can narrow down the range of possibilities.

Careful history including details of any medications or supplements that your pet has received or to which your pet may have had access can provide useful clues. Physical examination may also yield further clues which will then lead us to decide which screening tests are to be recommended.

Are any of these tests carried out routinely?

This depends upon the individual case. Clearly a young dog with sudden vomiting and diarrhoea and known to have eaten garbage is unlikely to be subjected to a full haematology and biochemistry analysis immediately. If the condition has not improved following simple treatment for 24-48 hours, routine blood chemistry and haematology may be indicated. (Please see separate handouts)

"Clearly a young dog with sudden vomiting and diarrhoea and known to have eaten garbage is unlikely to be subjected to a full haematology and biochemistry analysis immediately."

In addition to the standard blood tests, urine analysis and faeces tests to determine the presence of endoparasites, worms or other intestinal parasites are useful together with more specific tests depending on the individual. For example, in middle aged or older cats thyroid function tests (T4) are often very useful particularly if there is recurrent vomiting.

What do the standard screening tests usually reveal?

The haematology and biochemistry tests only require a small quantity of blood. 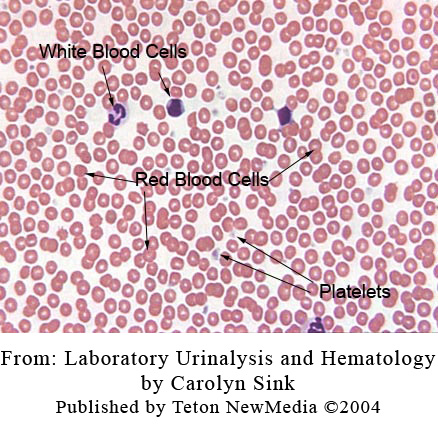 This will be carried out giving an evaluation of the red blood cells, white blood cells and platelets. The total number of cells, together with specific cellular characteristics, is recorded. In addition, other parameters that are analysed will indicate if dehydration is an issue. Blood loss will also be indicated even if not visible in either the vomit or diarrhoea.

An elevated white blood cell count may suggest inflammation or infection. Some conditions may be accompanied by increases in specific white blood cell types. Thus an increase in eosinophils is often noted in cases of parasite problems or food allergies and white cell numbers are reduced with some viral infections. 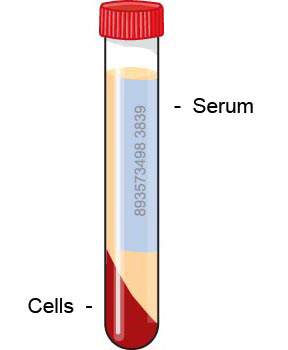 Serum is the liquid part of the blood. Its analysis allows us to measure a whole range of substances e.g. carbohydrates, fats, proteins and in addition waste products such as creatinine and urea which can indicate impaired kidney function causing vomiting and/or diarrhoea. Certain liver enzymes will also give an indication regarding hepatic efficiency.

A urine analysis conducted on a sample obtained at the same time as the blood sample can be useful. If the serum reveals increased BUN and creatinine values and the urine analysis indicates urine which is not concentrated as expected, it is possible that vomiting and/or diarrhoea are due to chronic kidney failure. Conversely serum biochemistry, BUN and creatinine elevations with an appropriately concentrated urine is indicative of dehydration. Treatment will be entirely different!

Routine urine tests will also give indications of the presence of red blood cells, white blood cells, glucose, protein and bilirubin, which is a pigment often associated with liver disease. In addition, the presence of glucose in the urine sample accompanied by increased serum glucose values indicates diabetes mellitus (sugar diabetes).

Faeces tests will pick up not only the common endoparasites such as roundworms, tapeworms, hookworms etc but also microscopic organisms such as coccidia or giardia which could be the underlying problem, particularly in cases of recurrent diarrhoea. 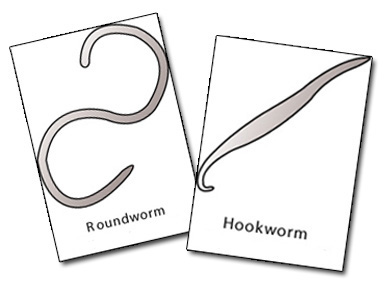 What further tests could be required?

This depends upon the individual animal and the results of the screening test. In the majority of cases the screening test will either provide a specific diagnosis or an indication that further investigation is needed.

What further investigation is likely to be involved?

Again this depends entirely on the circumstances. For example T4 tests may be appropriate in the case of middle aged to older feline patients. Similarly, in the case of hypoadrenocorticism (Addison's disease), specialised tests will be required to confirm the problem. A dog suffering from chronic recurrent diarrhoea may be suffering from exocrine pancreatic insufficiency (EPI) and special tests (TLI) may have to be performed. Occasionally radiography including the administration of barium or other specialised techniques such as ultrasound, endoscopy or exploratory surgery may have to be undertaken.