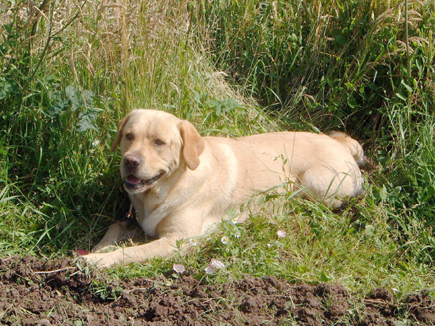 My dog keeps doing the same behaviour again and again, why is this?

There are many reasons, why an animal may do the same thing again and again. It may be a response to something specific which triggers the behaviour, for example. people passing by might cause your dog to start repetitively barking, it might be a sign of a neurological problem (such as a partial seizure) or it might be a largely psychological problem such as a compulsive behaviour. Many compulsive behaviours arise spontaneously as a response to conflict or anxiety but behaviours may also become compulsive or fixed because they have been inadvertently trained by the owner through unintentional delivery of a positive outcome from the behaviour. For example, the owner who gives the young pet attention when it playfully chases its tail may reinforce the performance of the behaviour. Owners who offer food or a toy in an effort to disrupt the behaviour can also inadvertently reward the very problem they wish to stop. It should be acknowledged, that certain breeds, e.g. Border Collies, have been bred to be more compulsive and they will often develop fixations if they are not sufficiently worked or stimulated in other ways.

Distinguishing these different causes can be difficult and, given the possible involvement of health related problems, it is essential to start with a thorough health check of your dog, and possibly to carry out further tests before you assume it is a behavioural problem. The diagnosis and management of these cases can be very challenging and you may need to be patient, as your vet works through the case, but you should also not be afraid to ask for specialist assistance if necessary.

What is a compulsive disorder?

When an animal repeatedly tries to do something, we might say that it has a compulsion to do the behaviour. Compulsive behaviours are often derived from normal behaviour patterns but appear to be abnormal because they are excessive, exceedingly intense, or performed out of context.

Sometimes the drive for a specific behaviour lasts a long time, because the triggers remain in place. For example a dog might develop a compulsion for chewing its foot, because it has an ongoing medical condition which results in the foot being sore. In other situations, the behaviour becomes more like a habit that the dog cannot stop. For example, the dog may continue to chew its foot even when the medical condition is resolved and it is no longer causing any discomfort.

Chronic stress and conflict may also give rise to repetitive behaviour problems. The behaviour, which is often completely unrelated to the conflict situation may begin by being displayed at specific times of stress but as a result of sensitisation of the neural pathways controlling the behaviour, the behaviour may begin to be manifested during any state of stress or arousal. Eventually, the dog loses control over the initiation and termination of the behaviour and it may then be said to have become compulsive. The compulsive behaviour may eventually occur in situations when the dog is only minimally aroused.

"Eventually, the dog loses control over the initiation and termination of the behaviour and it may then be said to have become compulsive. The compulsive behaviour may eventually occur in situations when the dog is only minimally aroused."

Some of these behaviours are more common in certain breeds, and there is almost certainly a genetic predisposition to them but this does not mean they cannot be successfully managed. This genetic influence may include a general predisposition to anxiety or to the specific behaviour. For example, flank sucking (see below) is most commonly seen in Doberman Pinschers, spinning (see below) in Bull Terriers, and fly chasing in Miniature Schnauzers and King Charles Cavalier Spaniels. Other common behavioural fixations include:

What is acral lick dermatitis?

Acral lick dermatitis is the name given to a condition in which dogs repeatedly lick at specific sites on one or more of their limbs, often causing significant damage. Large breeds such as Doberman Pinschers, Great Danes, German Shepherds, Labrador Retrievers, Golden Retrievers and Irish Setters are most commonly affected. Underlying medical abnormalities (e.g. arthritis, chip fractures, skin disorders) may initiate or contribute to the behavioural problem. The psychological condition arises when the pet is repeatedly stressed or anxious, and this leads to excessive licking. The area becomes raw and itchy which further stimulates the dog to lick and chew.

Treatment for acral lick dermatitis must be directed at both the behavioural disorder and the skin trauma. Even with behaviour therapy, treatment of the skin condition is essential. Medical therapy might consist of treatment with long term antibiotics, anti-inflammatory agents, and preventing access to the area until the lesion heals. Behavioural management and drug therapy is much the same as for other compulsive disorders (see below).

What is flank sucking?

Flank sucking is the name given to a condition in which a dog takes a section of flank skin into its mouth and holds the position. If the sucking does not cause significant lesions and does not interfere with the apparent health or welfare of the dog, flank sucking may require no specific intervention. However, the behaviour can cause physical damage or become so compulsive that it gives rise to other problems (decreased eating or aggressiveness towards owners when approached during sucking) and in these cases treatment is obviously necessary. In some cases this behaviour is triggered by conflict, in which case behaviour management and drug therapy is the same as for compulsive disorders (see below). In other cases the behaviour is more spontaneous, and in these cases specialist assistance should be sought as the animal may have a form of partial epileptic seizure.

Is tail chasing or spinning normal in dogs?

Compulsive tail chasing is not the same as normal circling, which typically occurs when the animal is playing or about to lie down. Compulsive circling has many potential causes, including medical conditions, such as epilepsy and physical discomfort possibly due to a skin, tail or anal gland problem. Some cases such as those commonly seen in Bull Terriers and Staffordshire Bull Terriers may exhibit a more intense repetitive spinning or whirling behaviour, even to the point of exhaustion. Other concurrent behavioural problems such as aggression have been reported in “spinning” Bull Terriers. In some cases, the problem may have started as an incidental or play behaviour that was conditioned (rewarded) by the owner. Once underlying medical problems are treated and an epileptic disorder has been ruled out, treatment can begin as for other compulsive disorders (see below).

How can compulsive disorders be treated?

Since some of these problems can be reflections of, or initiated by underlying medical problems, a complete medical work-up and close monitoring of your dog by your vet is essential. Behaviours must be evaluated individually since not all require treatment. In fact, treatment may only be necessary if the behaviour poses health risks to the animal or seriously worries you for other reasons. Some people suggest that certain compulsive behaviours may be acceptable, non harmful, methods of reducing stress. For example, if flank sucking causes no physical harm, but occupies and calms the dog, then the compulsive behaviour may be preferable to the use of other interventions, but there still remains the question why is your dog stressed in the first place? The need for further intervention will therefore depend partly on what can be done about the stressors. Detailed below is some general advice, but specialist intervention may be necessary for specific cases and so you should not be afraid to ask for further assistance, especially if the approaches outlined below do not appear to be working.